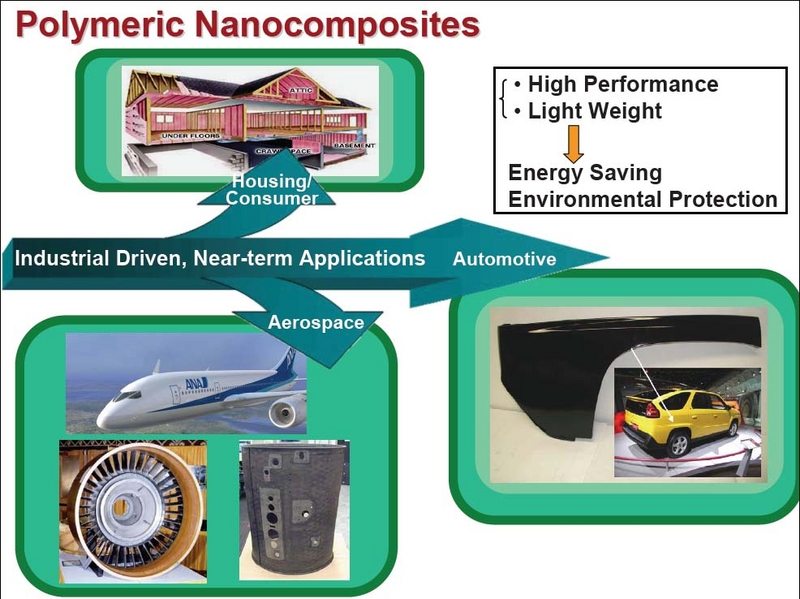 Nanotechnology is an exciting new technology that promises to have a dramtic and significant impact on many parts and plymer-based products. New and exciting research is showing that the proper combinatinos of polymers, nanoparticles and/or biomolecules can offer tailored properties for advanced structural, photonic and biomedical products.

A newly formed research and commercialization partnership in polymer nanotechnology, the mulit-instituional, interdisciplinary Center for Multifunctional Polymer Nanomaterials and Devices (CMPND/ “compound”) centered at The ohio State University in conjunction with the University of Akron and University of Dayton, puts ohio at the forefront of nanotechnology research and commercializatino opportunities. Other partners include tree additional Ohio universities, more than 50 large and small companies in Ohio, the attention to target markets that build on research strengths of the participating unversites and national labs, CMPND develops manufacturing protocols and nanostructures for near-term industrial polymeric nanocomposites, emerging polymer photonic components and devices, and more futuristic biomedical devices and systems with nanoscale functions. 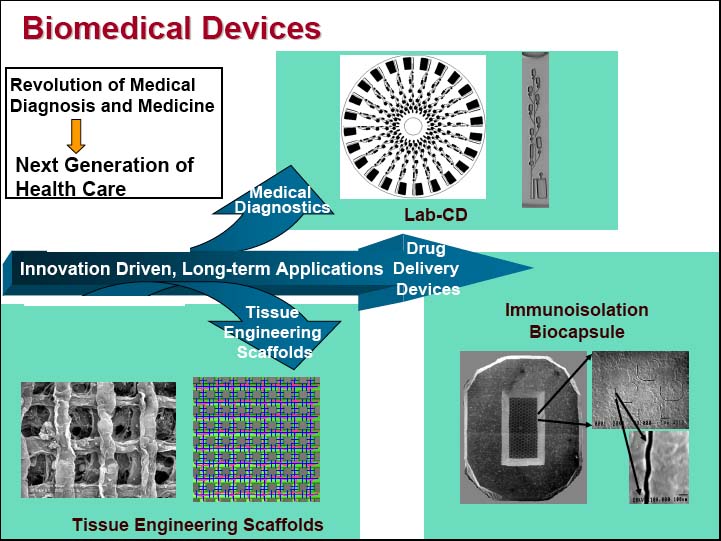 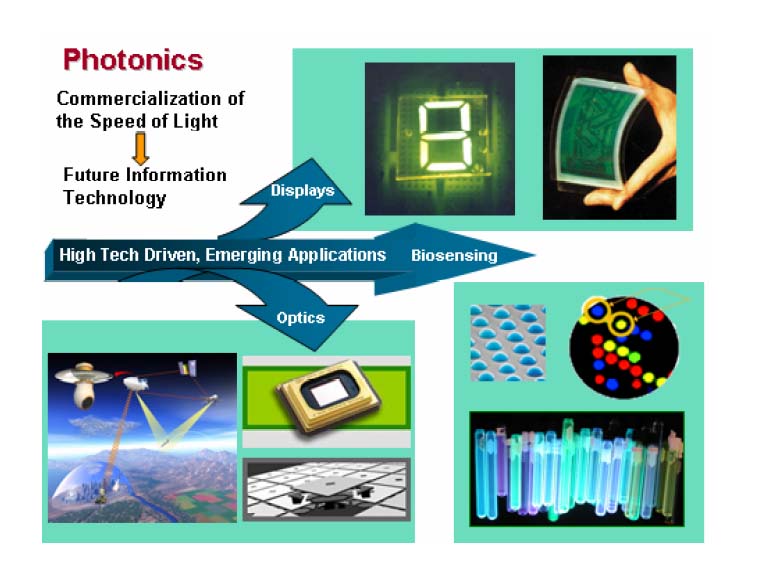 In May, 2005 CMPND was awarded $22.5 million from the State of Ohio ‘s Third Frontier Project. In return, by 2009, CMPND will contribute toward nanotechnology research and commercialization more than $29 million in cash contribution and nearly $49 million of in-kind support from Ohio industry, federal funding agencies, collaborating national labs, and participating universities.

The awarded funds are being used to purchase new equipment and upgrade facilities for producing tomorrow’s high-value polymer-based nanoscale materials, devices, and processes that require extreme precision, highly controlled manufacturing environments, high speed, and automated quality monitoring capabilities, things not extensively found in Ohio ‘s industries. The new equipment and facilities enable scale-up and prototyping and testing of materials, processes, and device assembly techniques. Technical training and outreach programs at OSU, UD, and UA, working with other collaborators, have been created to facilitate the transfer of product and process technologies to Ohio ‘s polymer industry, speeding their realization in highly competitive commercial products; and enabling the re-establishment of growth in revenue and jobs in Ohio ‘s #1 industry.

Finally, an interdisciplinary research and training program helps students and industrial researchers develop skills needed to pursue careers in the rapidly-growing field of nanotechnology and enhance the competitiveness of Ohio industry, both now and in the future. In total CMPND’s strategy creates jobs in Ohio by linking ‘technology push’ research innovations and ‘market pull’ industrial needs to realize both near-term and longterm commercialization.

Who Cares About Nanotechnology In Ohio?

What Makes Us Think We Can Do This?

The reputations of The Ohio State University, University of Dayton , and the University of Akron in the areas of materials research, and in particular polymer research, are world renowned. In fact, according to NSF rankings, in funded materials research the University of Dayton is 2nd in the nation and The Ohio State University is 3rd. This provides CMPND with intellectual capital and momentum that no one else in the nation can come close to offering. CMPND is successful because it is one of the nation’s largest and most highly capable teams working in nanotechnology with focus on commercial opportunities in polymer photonics, medical devices, and structural applications in Ohio . Add to this the more than 50 Ohio companies supporting CMPND, and there is little doubt how CMPND is helping Ohio become the world leader in nanotechnology.

CMPND’s objectives are to have a statewide, annual economic impact exceeding $550 million and creating/retaining more than 5,000 high-paying ‘white collar’ jobs and as many as 20-25,000 skilled manufacturing jobs. The specific economic impact goals to achieve by the year 2010 are as follows: